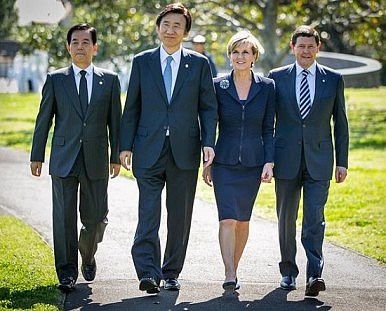 The defense and foreign ministers of both countries agreed to a new defense and security cooperation blueprint.

During the “2+2” talks, both sides agreed to a new defense cooperation framework that includes deeper cooperation in the areas of defense, counter-proliferation, transnational law enforcement, cyber security, border security, crisis management, and maritime safety, according to a press release from the Australian Foreign Ministry.

The meeting was the first bilateral defense discussion between South Korea and another U.S. ally since Korean President Park Geun-hye attended China’s grand military parade to commemorate the 70th anniversary of the surrender of Japan and the end of World War II at the beginning of September.

Closer ties between Beijing and Seoul have caused some concern in the United States and among South Korea’s regional allies. It is perhaps in response to perceptions that South Korea is increasingly leaning toward China that the Australia-Korea joint statement mentions “the contribution of the U.S. rebalancing toward Asia for peace and stability in the region” – a clear snub that will not sit well in Beijing (the 2013 statement did not mention the U.S. rebalancing toward Asia.).

In addition, both sides acknowledged the “importance of Australia-ROK-United States trilateral defense cooperation, and decided to explore opportunities to increase this.” Canberra and Seoul also agreed to increase the number of joint military exercises in both countries and deepen cooperation “in the preparation for, and conduct of, humanitarian assistance and disaster relief operations.” Furthermore the joint statement calls for officer exchanges and overall deeper military-to-military relations.

Cybersecurity cooperation is also prominently featured in the document:

Australia and the [Republic of Korea] will continue to hold a bilateral cyber-policy dialogue, meeting regularly to address common cyber threats and contribute to international efforts to ensure open and secure cyberspace including discussions on international norms on cyberspace.

On the South China Sea dispute, Australia and South Korea expressed their commitment to the United Nations Convention on the Law of the Sea and “other relevant international norms and the importance of maintaining freedom of navigation and overflight.” They also expressed concerns over an escalation of ongoing dispute:

The Ministers supported efforts by ASEAN and China to fully and effectively implement the Declaration on the Conduct of Parties in the South China Sea and emphasized the importance of exercising self-restraint in the conduct of activities that would complicate or escalate disputes and affect peace and stability.

Both sides also called for the quick introduction of a Code of Conduct for the contested sea. 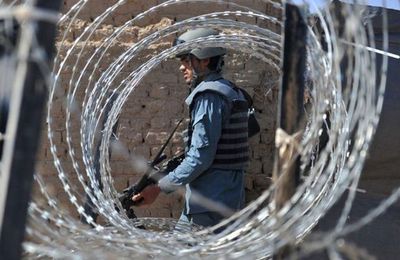 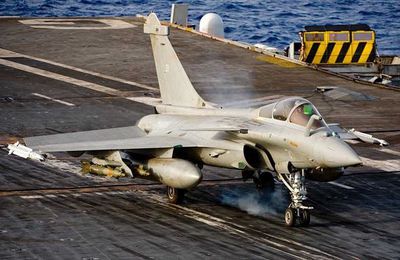 Pourquoi le Rafale Marine pourrait intéresser la marine indienne
Oshkosh Wins $30 Billion Army Contract Battle to Replace Humvee
Retour à l'accueil
Commenter cet article
M
maids in dubai
12/07/2021 09:23
While a job in this service marketplace can on occasion be quite stressful, this perks easily outweigh almost any downside. It truly is fairly simple build some sort of profitable company, generating revenue almost instantly. To sneaker, many businesses will be able to operate on the full or in someones spare time basis, thus making for just a very flexible work environment.
Répondre
D
deep cleaning dubai
26/06/2018 08:18
Performing a deep cleansing with the apartment just before moving out is effective for the parties : particularly when you have a safety deposit exactly in danger. Though, moving out there cleaning is straightforward to dismiss. After almost all, you have several things to concern yourself with such since shifting into your brand-new apartment.
Répondre