The Air and Missile Defense Radar, or AMDR, is said to be at least 30-times more sensitive than radars configured on existing DDG 51 Arleigh Burke-class destroyers.

Among other things, the additional power and sensitivity will allow the ship to detect a much wider range of threats at much greater distances, said Capt. Mark Vandroff, program manager DDG 51 Shipbuilding.

“I can see a target that is half the size, twice as far away. What this means is an individual destroyer will be able to engage more ballistic missiles at the same time versus what you have today — and it will be able to engage more advanced threats because it can see them farther away,” Vandroff said. “It can see smaller objects farther away so it will be better at picking out what is a threat versus what is not a threat.”

The AMDR platform, being developed by Raytheon Co. under an Engineering and Manufacturing Development contract awarded in October 2013, will enable next-generation Flight III DDG 51s to defend much larger areas compared with the AN/SPY-1D radar on existing destroyers, Vandroff said.

Earlier this month, the Navy and the company successfully completed an AMDR hardware critical design review, a process that helped establish a baseline design for the platform.

The AMDR is being engineered to be easily repairable with replaceable parts, fewer circuit boards and cheaper components than previous radars. The AMDR is designed to rely heavily on software innovations, reducing the need for different spare parts. The Navy has finished one of four planned software builds for the system.

However, special technological adaptations will be necessary to ensure the new, larger radar system can be sufficiently cooled and powered up with enough electricity, Vandroff added.

The first power conditioning modules are slated for land-based testing at a Navy facility in Philadelphia in 2017.

“This is risk reduction so that before I take the system to sea, I have had it thoroughly wrung it out on land,” Vandroff said.

The DDG Flight III’s will also be built with the same Rolls Royce power turbine engineered for the DDG 1000, yet designed with some special fuel-efficiency enhancements.

The AMDR will also need to be equipped with specially configured cooling technology. As a result, the Navy is developing a new 300-ton AC cooling plant slated to replace the existing 200-ton AC plant, Vandroff said.

“The prototype refrigeration unit tested last week in York, Pennsylvania, was able to produce 350-tons of refrigeration, so it is actually more efficient than we had been banking on,” he added.

The Navy anticipates having a cooling unit prototype within one year. The new cooling plant will need to undergo environmental testing which will assess how the unit is able to tolerate vibration, noise and shocks such as those generated by an underwater explosion.

Construction and integration of the first AMDR systems on Flight III DDG 51s is slated to begin by 2016. Vandroff said he expects the new radar to be operational and ready for combat missions on destroyers by 2023.

In total, the Navy plans as many as 22 Flight III DDG 51 destroyers, according to a Navy capabilities development document, Vandroff said. However, the actual number may vary depending upon the development of new technologies and prospects for a new surface combatant in 10 years. 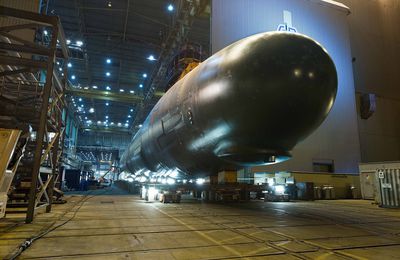 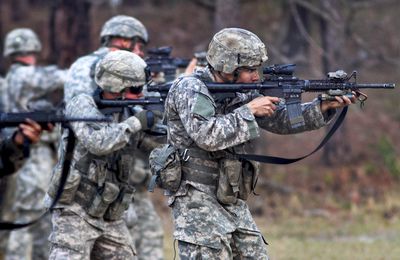